All staff is regularly covid tested and daily thermo tested. Actually we have a cool touchless thermometer. So if you would like, we can test you too.
Covid correspondant and Maverick’s doctor are both at your service 24/7.
Our receptionists wear masks and our cleaners will have gloves too. The reception area have a plexiglass.

Follow the distance signs during check in. But even better if you can do the online check in, which you have recieved by email. Awsome!
If you feel fit then rather use the staircase then the elevator.
Social events will be held open air.
Wear masks in the common areas if possible. We know this sucks, but will be highly appreciated by us and the other guests.
In the dorms please use the bed curtains all the time to protect your sleeping zone. The clean beds will have a special sign, so you can’t miss it. 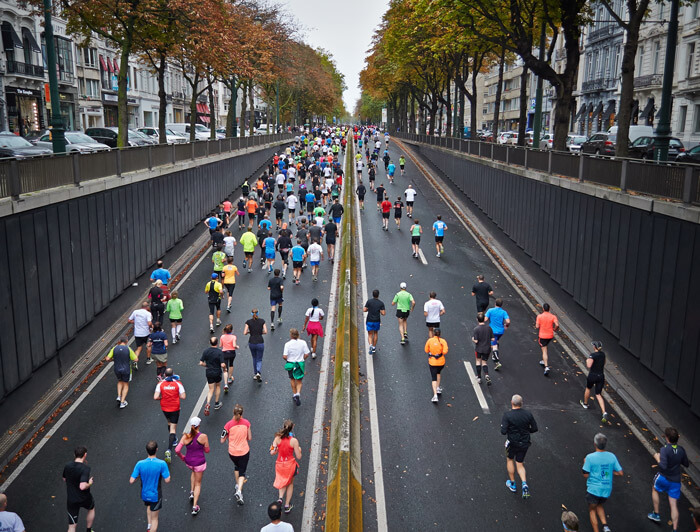 Running in Budapest, Routes and Races 2020: Half Marathons

Running in Budapest is very popular, the city is great for finding a nice route in a green area like the City Park, around thermal baths or in Margaret Island. In this article I give you my best local tips for the best centrally located running spots, and recommend ideas for the best 2020 Budapest running events. Let’s start with best places to run in the city! And then we tell you when the best running races and marathons in Budapest.

Margaret Island: Run in the Central Park of Budapest

Margaret Island is by far the most popular place to run in Budapest. It has a rubberized running track, 5.5 kilometers, all around the island. It’s best to enter from Margaret Bridge in the south, as Árpád Bridge is a little less easily navigable on foot and has less of the turn of century splendor. On the island, you can run next to thermal baths and a small but loveable zoo, right by the river in a breathtaking green area the whole time! 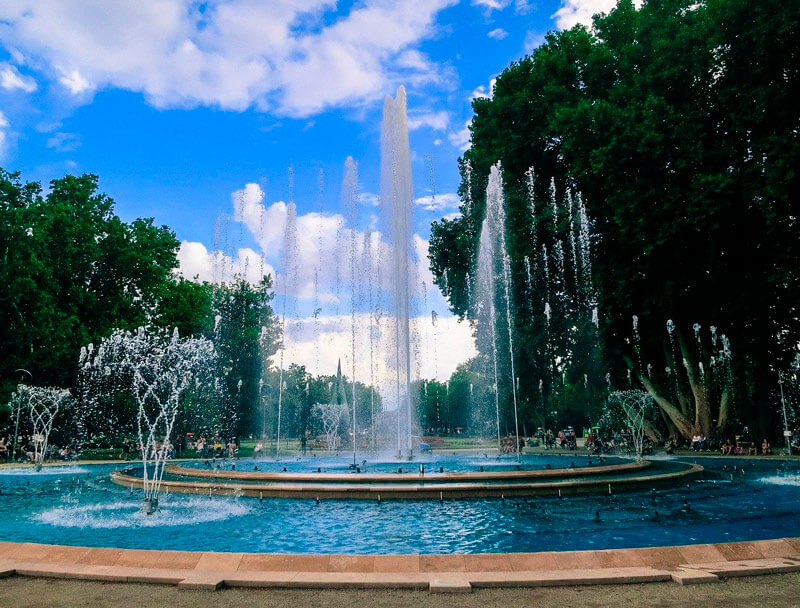 A large number of people swear by the City Park (known to locals as the Liget), maybe because it’s easier to reach from parts of the 6th and 7th districts. It’s one of the oldest urban public parks of Europe, with routs well-lit throughout the night also. I think this is the coolest spot for running in Budapest on the Pest side! 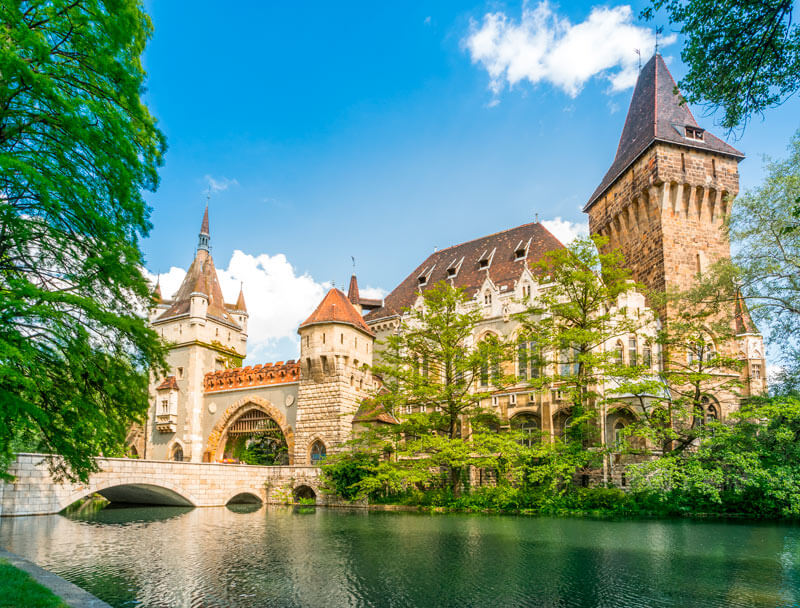 Start at Gellért, one of the best thermal baths in Budapest and run up Gellért hill – you can also go down on the other side and land in the Tabán or go on all the way to the Castle. You’re close to the river all the way, and can get beautiful views of the city (especially the Pest side). At the foot of the Buda hills, you can also try Városmajor (the big park behind Széll Kálmán tér), or you can take the cogwheel railway from the park to go further up. If you don’t mind a little more of a commute, you can take the bus to Normafa and run in the favorite picnic spot of the city – or the woods around it. 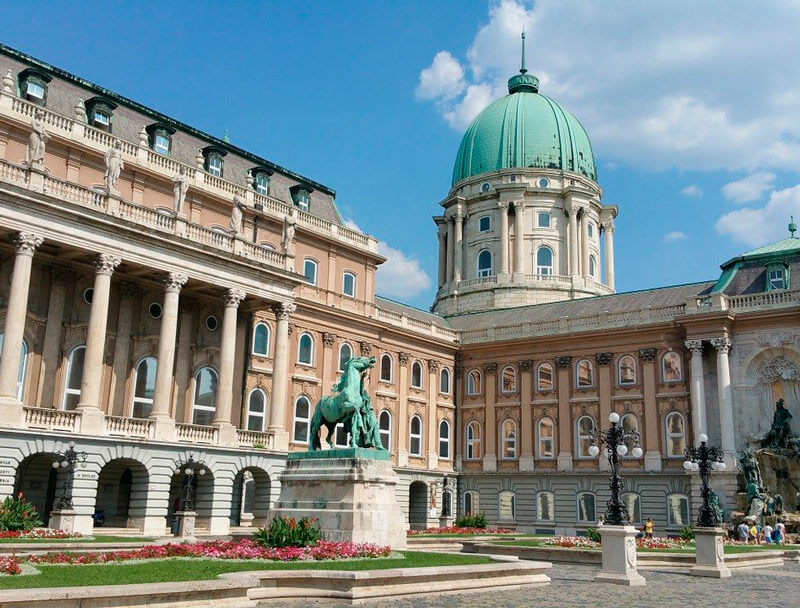 A few ideas to check out if you’re looking for something outside the city center. Running in Budapest for locals means not just the centrally located ones, but also recently renovated Orczy Park in the outer 8th district, Bikás Park in Buda on the M4 subway line, and Kopaszi gát (maybe combined with Rákóczi Bridge!) in the south of Buda, on a beautiful Danube peninsula.

The 35th Wizz Air Budapest Half Marathon takes place on September 6 in 2020, but you might want to start training right now :D The route starts and ends in the City Park, and passes through most of the most beautiful sights such as  Andrássy Avenue, the Opera House, the Chain Bridge or the Parliament. It has a long history dating back to 1984, and had many cool sponsors before Wizz Air such as Nike. Relay by groups of 2 or 3 is an option, and you can compete in a wheelchair if you love with a disability! 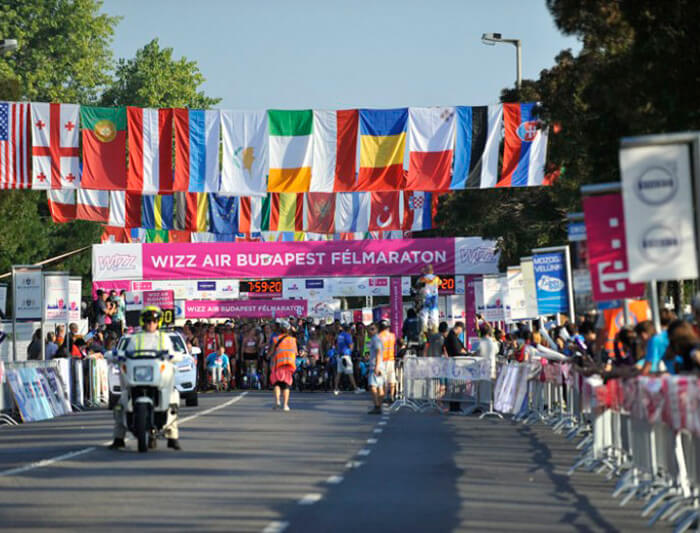 One of the coolest Budapest running events in 2020. Distances offered include 6, 11 or 21 km, relay is possible in the half marathon. After the well-lit Castle District, runners cross Szabadság híd (Liberty Bridge), all at night! 8k people is the limit, it’s worth registering in time to make sure you can get a spot! 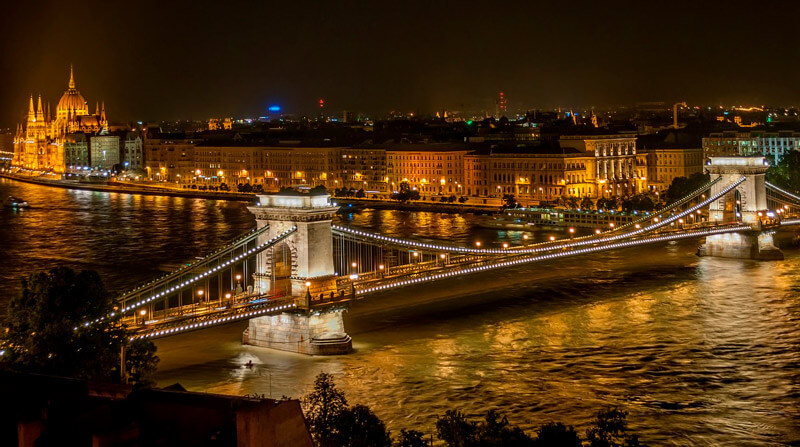 The Color Run: Happiest 5K on the Planet

As their motto says, it’s not a competition, it’s a special running festival. Follow them on Facebook for their upcoming events (The Color Run Magyarország). Wordwide over 7 million people take part each year. At their events, most participants run 5k for the first time in their lives, without any stress of a time constraint. The organizers say this the world’s largest running festival today, and Hungary has held events since 2013. At the events, you get colored from head to toe, and costumed are rewarded with entry medals. Concerts and other programs make running part of a whole day fun experience. 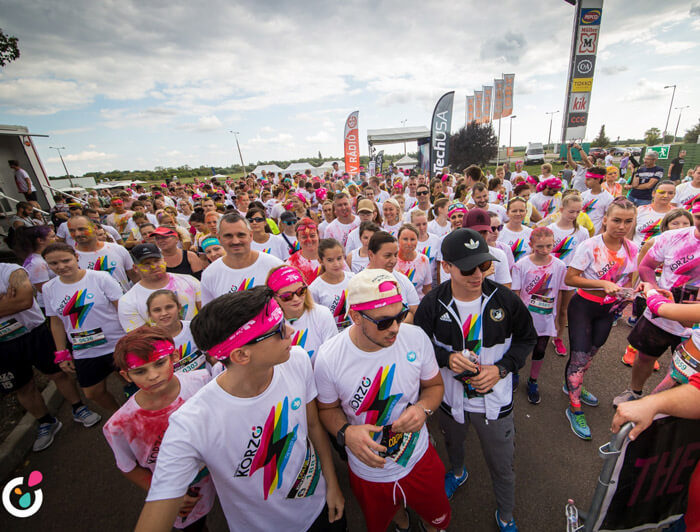 Hostel TIP: Maverick City Lodge is a great choice if you want to be close to all the Budapest running events. Maverick Hostel and Maverick Student Lodge are also very central, and full of cool travelers just like you. Our staff is always happy to help you with local tips on running and beyond, off the beaten track or at the favorite running spots around town!