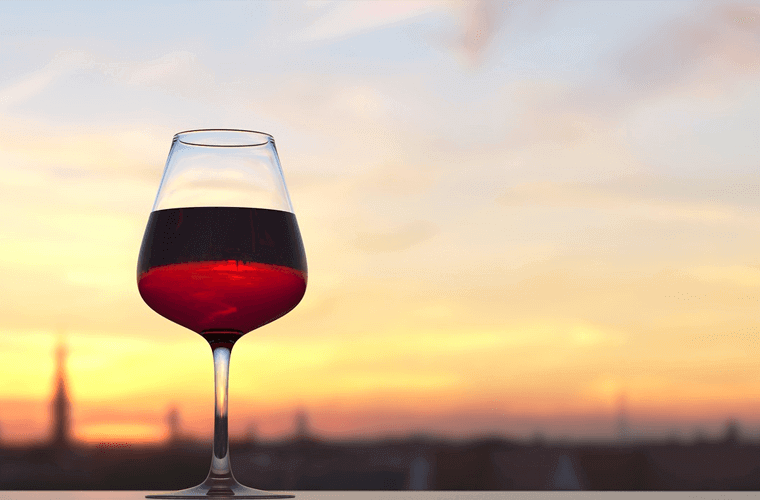 Are you looking for fun events in historic Budapest instead of just plain sightseeing? Late summer / early September in Budapest comes with a bunch of opportunities to discover this incredible city while attending concerts in world-famous buildings or tasting the best wine Hungary has in the Buda Castle. For even more cool events around the city check out our previous posts!

If you looked into the most famous landmarks of Budapest, you probably read about the Dohány Street Synagogue, which is one of the largest in the world. It seats 3000 people, which makes it also a prime Budapest concert venue. To make the most of your visit, the Jewish Cultural Festival in late August-early September is the best opportunity to catch a concert – like the Budapest Klezmer Band and the Barcelona Gipsy Balkan Orchestra, or the Avishai Cohen Trio. Hungarian big names include Malek Andrea Soulistic and Sabbathsong Klezmer Band. Other venues to discover will also be featured – the Bálint House, the Hegedűs Gyula Street Synagogue (look out for Ethnofil and Klezmerész) and 2B Gallery among others. And in Uránia National Film Theater, Orsolya Korcsolán will play from the soundtracks of American movies written by Jewish composers. The Dohány Street Synagogue is between Astoria and Deák Ferenc tér on the red (#2) subway line. Once known as the entrance of the old Jewish quarter, nowadays the inner part of the seventh district right behind it is the notorious PARTY DISTRICT you might have heard about in passing.

Let’s start with the obvious: Hungarian wine is really good. Tokaji is a brand even Voltaire wrote about, and one that was loved by Louis XIV, Beethoven, Schubert and Goethe. Long story short: you’ll love it too, and whichever kind of wine you’re into, you’ll find something worthwhile. In fact, the festival tries each year to put another wine-growing region in the spotlight. This year, all eyes turn on Lake Balaton, which is best known for the two things you love: good wine and amazing holidays. For a fairly flat country like Hungary, Buda Castle is quite a remarkable vantage point that looks down on the Danube and the downtown hurly-burly around it. On top of the wine, you can check out concerts and local cuisine at the festival. Just like at most big festivals in Hungary, you can pay by charging money on a Festipay card (you can reconvert any leftover money to cash before the end of the last day). You can get tickets online – there’s early bird discounts, with daily tickets starting at 5500 (13 EUR) if bought in time. To get to the Royal Castle, you can take the Funicular from Clark Ádám square, or bus 16 from Deák Ferenc tér. Or you can simply walk up the hill – it’s not too steep unless you go out of your way to turn it into a fat-burning exercise.

Heroes Square connects Andrassy Avenue to the City Park, and with its statues of great Hungarian kings and chiefs, is a fun place to visit on any day of the year. But there’s one day it’s even more entertaining than usual: when it’s turned into a unique race course for the weekend of the National Gallop. Once upon a time, Hungarians came to Central Europe on horseback. They learned to build houses instead of pitching yurts, became Christians rather than pagan nomads in the year 1000, and slowly gave up on their plans to rule the rest of the world. One thing they never gave up on would stay with them forever: the love of horseback riding in any shape or form. No wonder they came up with the concept of a National Gallop, where different regions in the country compete with one another every year. Anyone can sign up – actual participants are chosen in regional contests. And it’s not just about horses: you can try traditional dishes and wines. And yes, coming to Heroes Square also means being really close to the Zoo, the City Park and Széchenyi Baths – you can plan a full day around the Gallop and the nearby niceties. Heroes Square (Hősök tere) is on the M1 subway line – that’s right, the oldest metro line on the European continent. Entrance is free – but you can get tickets for good seats at the grand stand overlooking the Gallop.