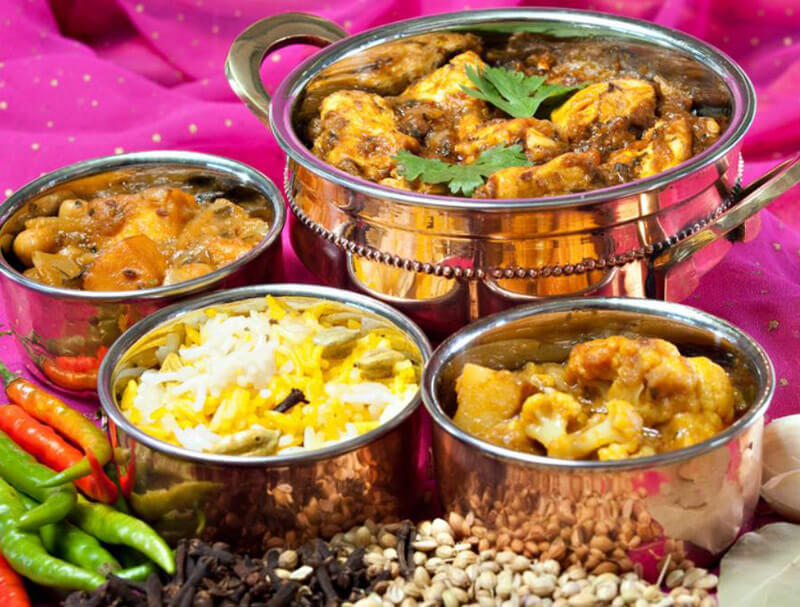 Indian restaurant Budapest – sounds like an odd idea at first, to go to such a cool capital and then eat Indian. But here’s the deal: after you try the Hungarian classics like goulash, the chicken and veal paprikash, the layered potatoes and cottage cheese dumplings, you may want to return to something more familiar even if it’s for just one nice meal. Indian often has the best vegan option in Budapest food (see Govinda, which is strictly vegan/vegetarian), and a place like Curry House or Indigo will satisfy your thirst for spice and hot taste.

OK, so on my list this is the best Indian restaurant in Budapest when we talk about traditional Indian food. It’s actually not one of the best-known Indian places, but that just adds to the charm. Very close to the Chain Bridge and the Academy of Sciences, right under Hotel Starlight, Salaam Bombay is the unsung hero of delicious authentic Indian meals in the city.

If you go downstairs to use the restrooms, you can peek into the kitchen from the landing – just seeing the giant pots churning out your favorites is quite a treat in itself. My a la carte favorites would be chicken hazari kebab and paneer tikka – but as a pro tip, around lunchtime on a weekday, make sure you ask them about their daily lunch menu deal. For 2000 Ft or 6 euros, with tip included, you get a soup plus a chicken or vegetarian curry with rice and naan. Very impressive vegetarian selection a la carte also.

Authentic to the last detail: Indigo

As he opened his Buda outlet a few years ago, Indigo owner Amandeep Singh said Hungarians have gradually become ever more open to more exotic cuisines – luckily for all of us, as this means these places will thrive in the more and more cosmopolitan capital Budapest is becoming. With around 150 authentic a la carte dishes, Indigo prides itself on bringing India’s best from every nook and cranny of the subcontinent. In summer, go for the terrace in the Buda location, and make sure you try the pistachio-studded kulfi for desert! 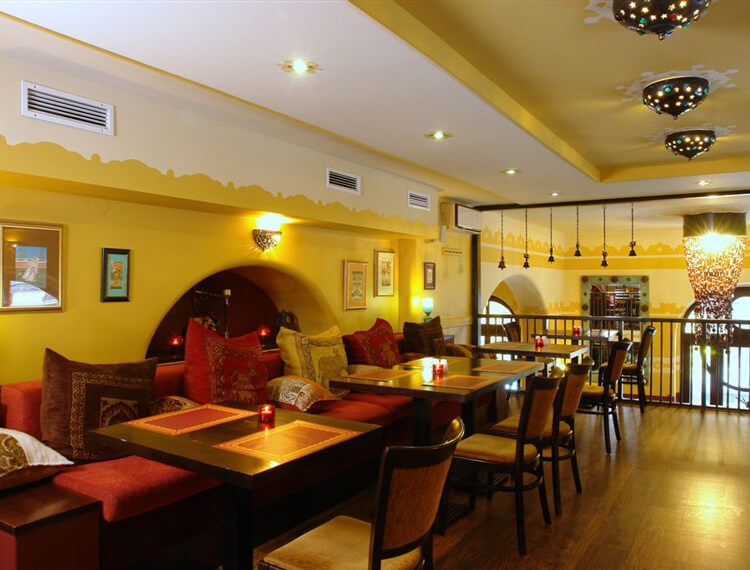 One of the best Indian restaurants in Budapest: Curry House

It was renovated in 2019 and now it looks much better. Many lovers of Indian cuisine (Best Indian Dishes) visit this restaurant. This is an authentic place frequented by many expats and locals, including a bunch of Indians. The interior is cool and creates a really great atmosphere, although the service can sometimes be a little slow. Hopefully the generous portions and friendly staff will make up for any inconvenience. Totally recommendable the dish of mango lassi. 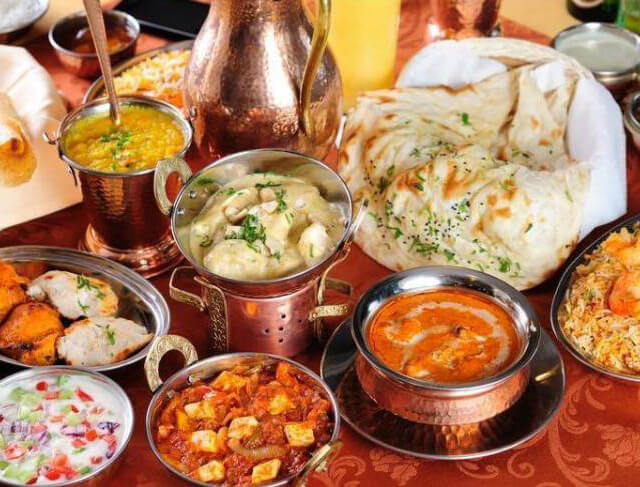 This is a place where you should go for the amazing food, but not the service – many visitors complain that the staff is rude, or at least low on social skills. It’s behind Vígszínház theater, off the boulevard between Nyugati and Margaret Island. Don’t be put off by the wobbly 80’s interior as you enter, upstairs the decoration/ambience will be way better. Many people think they cook the best Indian restaurant in Budapest, but if you’re looking for a 100% carefree and fun experience with great waiters and the right kind of attention from them, pick from the ones above! 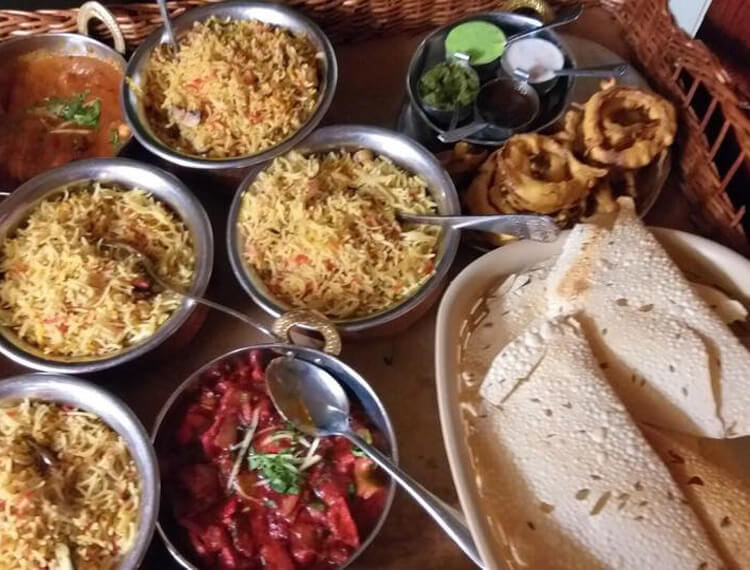 Very close to the Chain Bridge, in Vigyázó Ferenc street, Govinda awaits Indian cuisine lovers with plenty of vegetarian and vegan options (in fact they serve no meat at all!). At the lower and of the price range, they still give you authentic quality and a great ambience. The decor is not quite as fancy as some of the more expensive joints, but if you’re nearby, this is worth a detour. If you are interested in vegetarian food, we recommended to read Best Vegetarian Restaurants in Budapest. 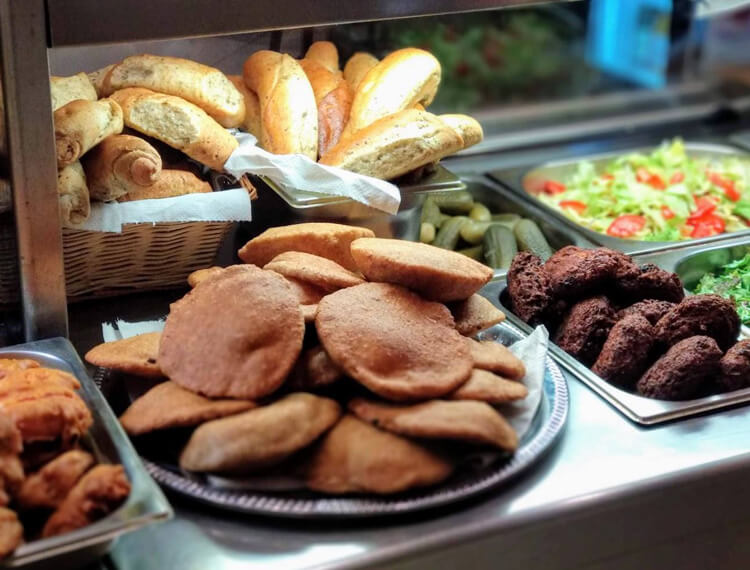 A quick bite in the party district: Bangla Büfé

Conveniently located in the old Jewish quarter (aka the party district of Budapest), this nice affordable eatery with two nearby locations adds its share to the riches of flavor in the area. Budapest food lovers and ordinary drunk bucks alike patronize both, from all walks of life. Significantly cheaper than the ones further up the list, but still great and faithful to the idea!