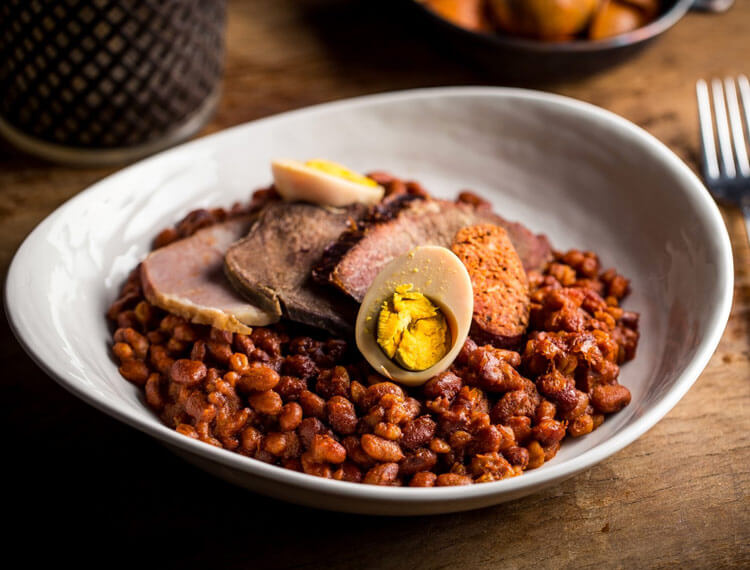 Jewish cuisine may not be the first thing you associate with Budapest, but that’s only until you first visit! The old Jewish quarter is the beating heart of the city’s nightlife, so much so that people started calling the seventh district the party district. Street food, Glatt Kosher restaurants in Budapest, nice accommodation and plenty of things to do – it has everything you will need for your stay. We’ll show you the best Budapest kosher places in the district and beyond. If you’re interested in more local options, click here for our full guide on best Hungarian food in Budapest for visitors, by category.

Interestingly, although this place is right in the heart of the old Jewish quarter, it escaped becoming too commercial and touristy – which also translates as less waiting time than there would be at the most hyped competitors a few meters down Kazinczy street. In short, it has a really nice ambience and amazing food, including several multi-course degustation menus. They have great vegan options and make sure they meet all other dietary needs too. Dare to explore the menu, from cholent (ultimate Shabbos food!) through stuffed goose neck all the way to the veal and spaetzli. Especially recommended: saddle of venison with brown champignon, blueberry and parsley puree, followed by local wines as recommended by your server. 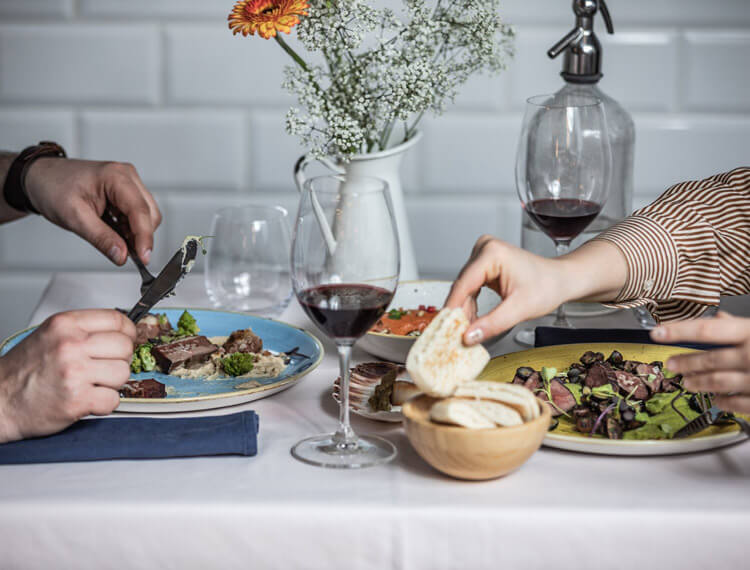 Speaking of outside the Jewish quarter, Rosenstein is your best bet if you’re looking for a very traditional Jewish-Hungarian experience. It’s a little detour from the main sights (small street by Keleti railway station on M2 line), but really worth the short journey. Fancy a classic wild boar ragout? Of course you should start with goulash soup, which will remind you of your grandma’s cooking even if she never made goulash. They’re also famous for their goose and, for dessert, the Kaiserschmarrn.

As if you were sitting in an Israeli café: small but cozy, with a short but great selection (no split hoof here, but then again…) of traditional dishes of great kosher food in the Jewish quarter. Their breakfast menu is pretty popular, and so is the salmon filet with teriyaki sauce. My Israeli friends say they shakshouka is not 100% authentic, but I still think it’s decent. (For really good shakshouka, you can try the Hummus bar chain, with restaurants all over downtown.) 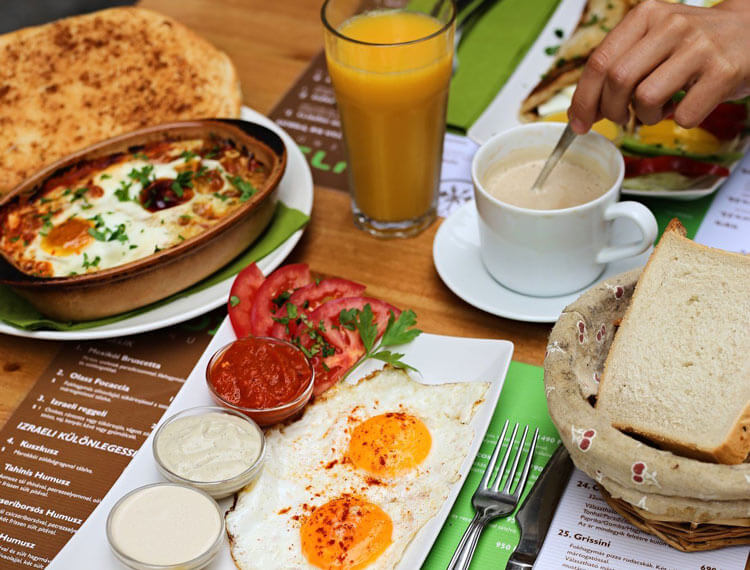 Still in the Jewish district! These two places are advertised as the most kosher in town, but we think they are a bit overpriced and not the best quality you can get. They are still fine restaurants, no need to run away when you see the sign, but don’t expect that you’ll get the best ever meal of your life. The crowd is very authentically Jewish – last time I ate at Carmel I sat next to a rabbi congregation and several Hungarian Israeli families. To tell you the whole truth, I had debreceni sausage, which is a very Hungarian meal, and it was great! At Hanna, don’t miss the stuffed cabbage and the cherry strudel. 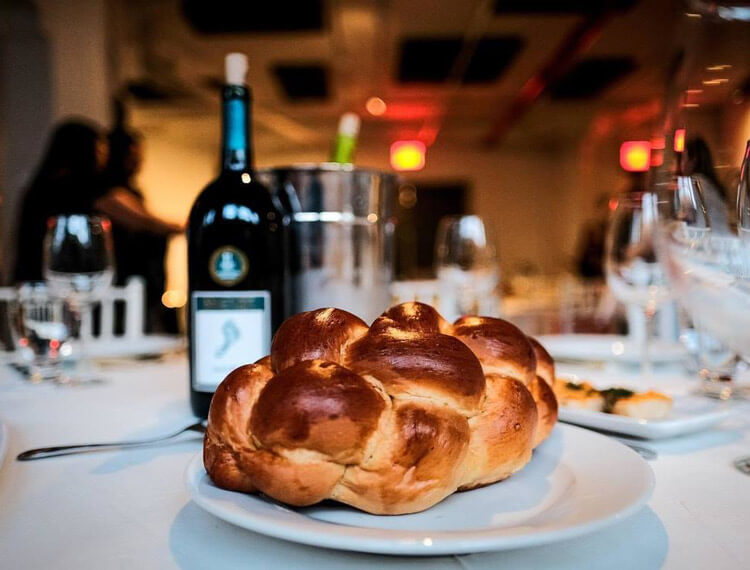 The restaurant (also in the party district/old Jewish quarter) may not be kosher per se, but they have really cool modern takes on some of the classic Hungarian Jewish staples. So if you like walnut, poppy seeds and plum, your biggest dreams will come true when you taste the flódni cookie after a nice meal at Kőleves. Pro tip: ask to be seated on the terrace, and transition into the adjoining beer garden when you’re done. 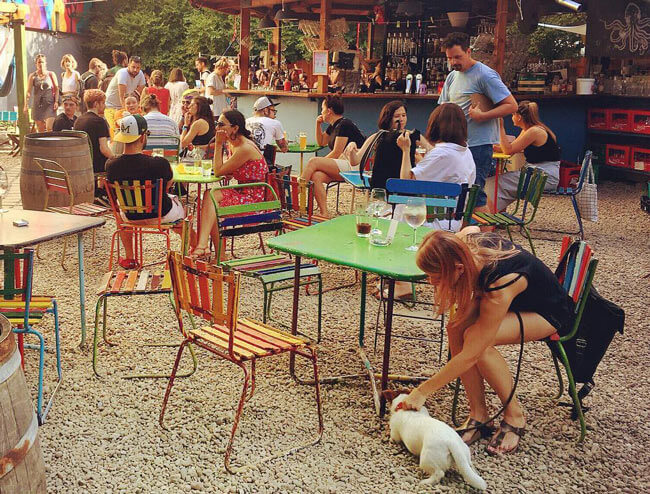 Kosher deli is not hard to find at all, especially if you walk over to Síp utca, a stone’s throw from the great synagogue (literally the other side of the same mid-sized block behind Astoria). They have street food and also a great restaurant too. There’s also a kosher market (or, more precisely, more of a bigger store) at 36 Dohány utca, 1074.

For those of you unfamiliar with Jewish customs, kosher meaning fulfilling the requirements of Jewish law, the kosher restaurants in Budapest above (with or without official kosher certification) all try to cater to the local Jewish community and Jewish visitors. Kosher definitions may very but staff at all these places speak English, ask them if you have specific questions.