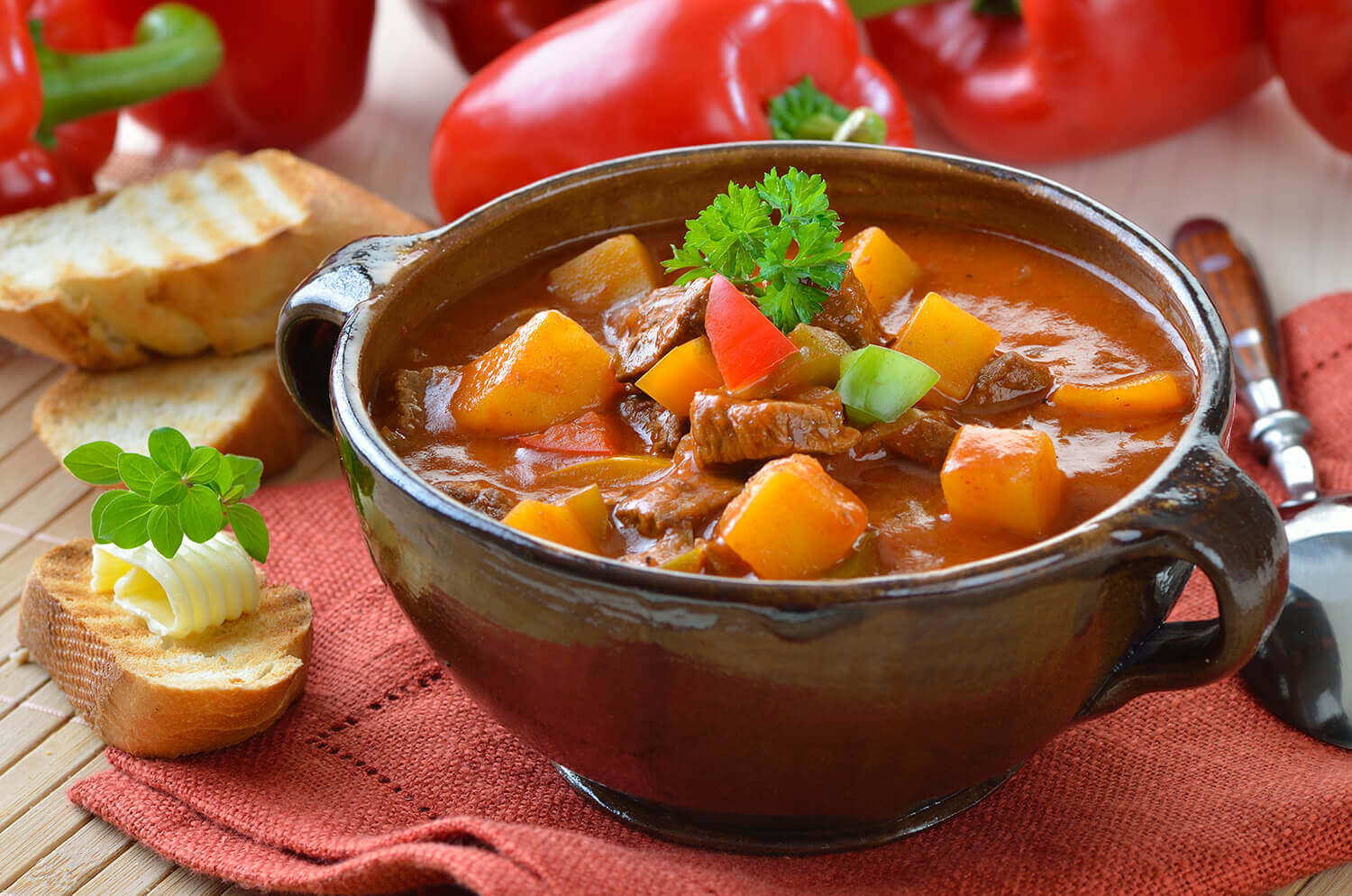 Canteens and bistros in Budapest: food guide with local tips

Don’t you feel that every city we visit these days will have tons of the hipster barbers and brunch places geared for backpackers? It’s cool to enjoy their comforts, but sometimes it’s just as refreshing to stop by an eatery where mostly locals go, who prefer the place because of the simple and great food and not the hip exterior. You now wonder how you could try those – how do you find the best original local bistros?

Well, in this post, we present our insider tips for the best bistros in Budapest that only locals know and frequent, conveniently all in the center or nearby. Here’s to the local flavor in your next visit to Hungary! If you prefer fish restaurants in Budapest read this one.

A stone’s throw from hip Kazinczy utca, on historic Klauzál square, there exists a fossil from the city as it was in 1972. The founder (who happened to have the same name, Kádár, as the Hungary’s long-time communist leader by coincidence) wanted to open a fast food joint in 1957, and little did he suspect that his idea would become an instant favorite with not just lunch-hour salarymen, but also artists and stars, who would sometimes bring their international friends such as Marcello Mastroianni and Sylvester Stallone (whose signed photos line the walls along with their Hungarian counterparts).

The food at Kádár is simple – the traditional local dishes without frills. This is a true relic in the middle of the party district, once known as the old Jewish quarter, which is why they usually have a few traditionally Jewish courses like cholent (sólet in Hungarian). 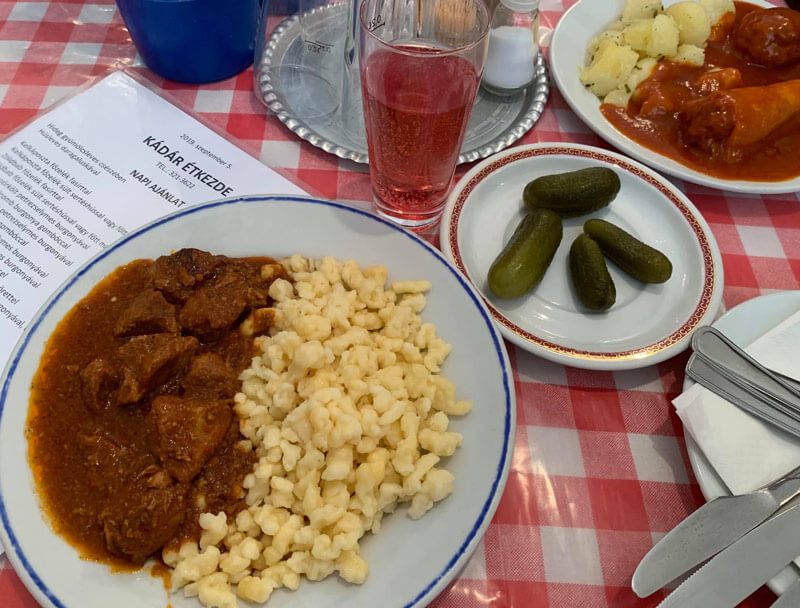 Another of the legendary ones, very close to Gozsdu and many other dots on the party scene. Located near the Liszt Academy Frici papa (“Uncle Fritz”) started out mostly as a students’ refuge, but gained more and more popularity over the years and is now much loved all-round. I really enjoy going back here and being served by the same waiter I’ve known for 10 years. I always take a moment to talk to the staff, they remember and appreciate regulars. Try their layered potato (a traditional local dish with sausages and sour cream) or the bean soup (among many other traditional food choices). 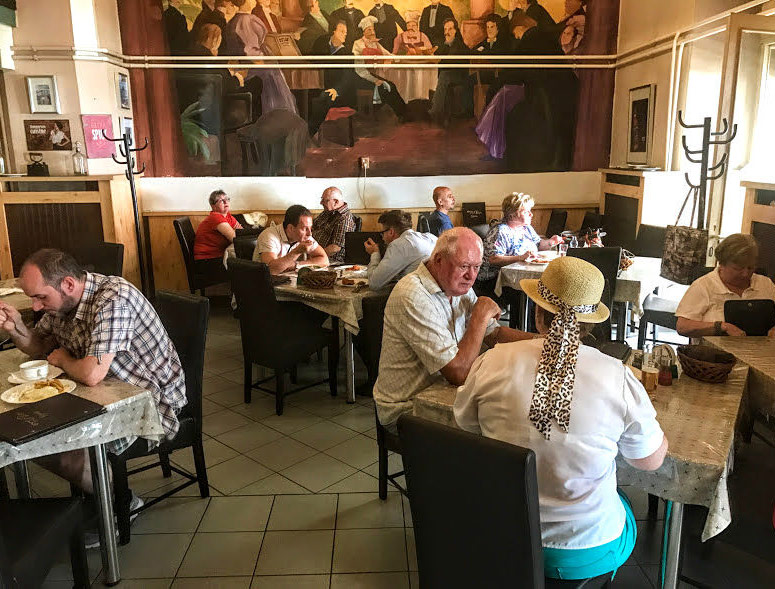 Across the street from Lukács baths – so you know where to eat after soaking in the hot pools! It’s one of those small bistros you’ll remember fondly. If you want to try a typical countryside bistro but don’t have the time to leave the city, try their chicken paprikás with a sour cream cucumber salad or other Hungarian delights! 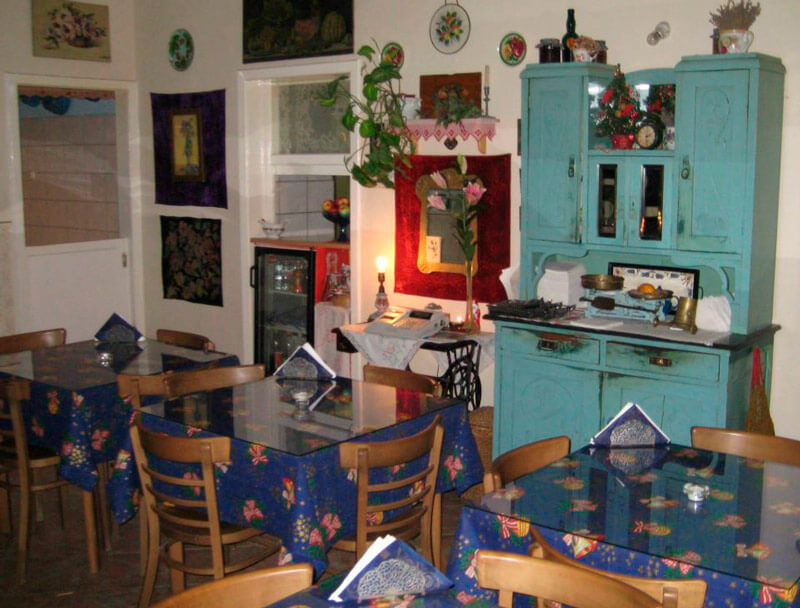 The name of this good old eatery translates as “Good Old Eatery”, so appropriately. Right by Rákóczi tér, it awaits you with a very simple but filling quick meal. No legends attached to this one, people simply like the food – and that’s more than enough I guess! 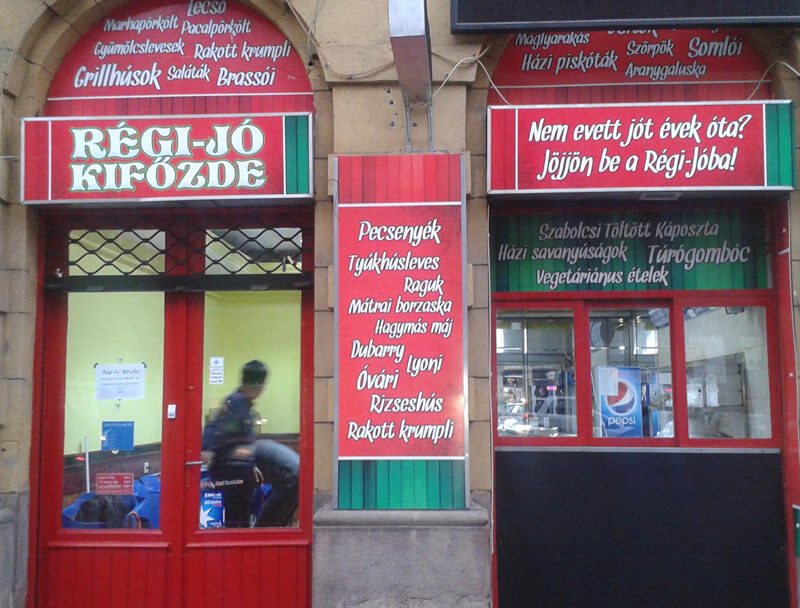 This one is a bit further out towards the south, by Csepel island, at the Kén utca stop of H6, not far from a local vocational school and an auto parts store. Yes, you guessed it: this is an industrial part of town, so the regulars at Pocakos Lakatos (“Pot-bellied Loksmith”) are mostly workers, who love eating simple, good and unhealthy – but at least, as they boast, their meat is real meat, soaking in real fat! They also offer breakfast from 7am. Really expect meals to be smothered with fat, and keep in mind that vegan options are not 100% guaranteed. That said, if you’re looking for a great grilled sausage or Pékné pork knuckles, you’ve just found your paradise! 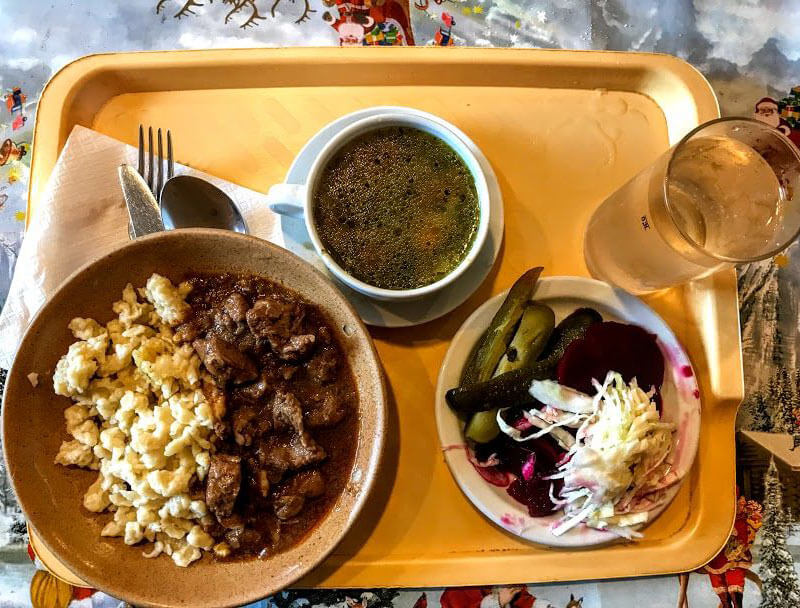 Right on the other side of town (Óbuda up north on the Buda side) this adorable little eatery called “Nibbling Squirrel” conjures up a life long gone, of a time more mindful and less stress-ridden. Like going to visit your grandma who will cook your favorite meal. You could plan to visit the ruins of the Roman amphitheater and thermae (baths) nearby, and walk around the old Óbuda town square before or after your meal. In summer, you can also visit Kobuci Kert off of Fő tér (the town square), which hosts cool live concerts and also happens to have great food and drinks for a fun night out. 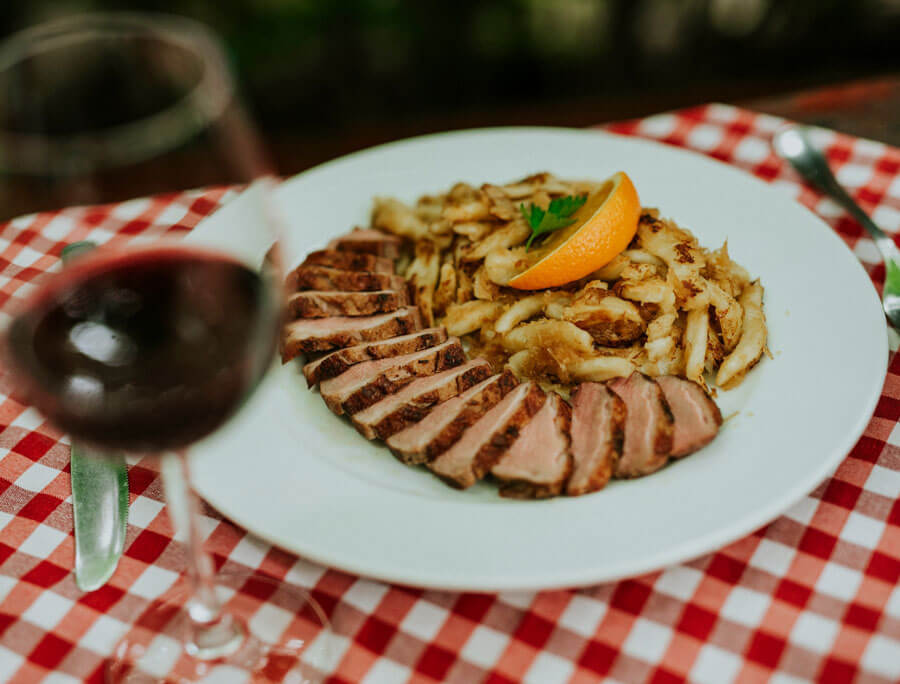 OK, so this is the high end of our eateries list, and an odd one out as it’s not even a real bistro but I really want to tell you about this so here we go. The name Menza means cafeteria/canteen, and their incredibly cool interior plays on the traditional 60’s Budapest canteen style. It’s a great bistro on Liszt Ferenc tér (also by the Liszt Academy, like Frici Papa) – it’s more expensive obviously than actual cafeterias but well worth the price. In the rush hour it’s best to reserve a table, otherwise just walk in. And if you really-really want to go for the cafeteria experience here as well, they have an affordable lunch menu deal every day. The terrace is also a cool spot for coffee or hot chocolate – you’ll love the little square which it overlooks. 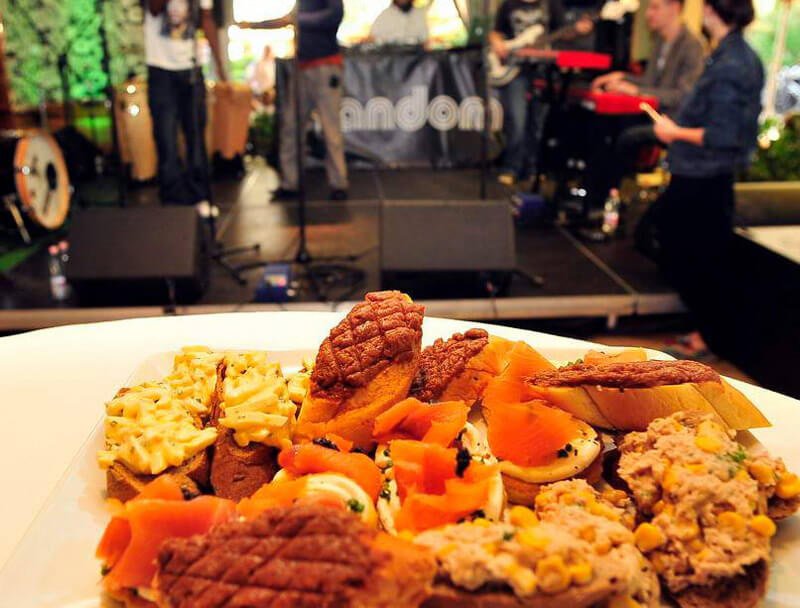